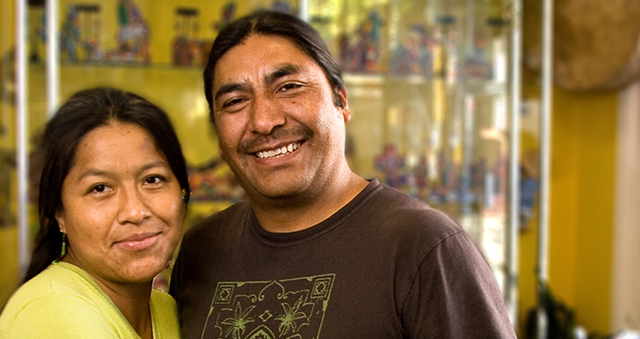 National, state and local need
As part of his recent State of the Union speech, President Obama stated:
“Will we accept an economy where only a few of us do spectacularly well? Or will we commit ourselves to an economy that generates rising incomes and chances for everyone who makes the effort?”

During the last several decades, income inequality in the United States has increased to levels not seen since just before the Great Depression. This is unconscionable for any society that prides itself on equal opportunity.

According to a December 2014 report by the Council of Economic Advisers, if the share of income going to the bottom 90 percent of Americans was the same in 2013 as it was in 1973, median annual household income, when adjusted for family size, should be 18 percent higher than current levels.

One means the federal government has provided to help lower-income residents is the Earned Income Tax Credit (EITC). Enacted in 1975, there have been four legislative expansions since, making the EITC one of the main poverty reducers in the federal government’s annual budget.  Those on both sides of the aisle have championed this safety net that rewards work. President Reagan did more than support the expansion of the EITC in 1986—he actually proposed such expansion.

The state of California understands the need. “The IRS estimates one in five EITC refunds go unclaimed each year. These tax dollars, which can total more than $6,000, provide a much needed financial boost for millions of hard-working Californians,” says State Controller and Franchise Tax Board Chair Betty T. Yee.

On a local level, those working at City Hall also know of the EITC’s impact on the community they serve. “As we remain focused on keeping San Francisco affordable for everyone, low-income working families should know through free tax preparation they can claim the tax credits they have earned,” says San Francisco Mayor Ed Lee. “We know our working families work hard for a paycheck to support their families, and we want to make sure they get all the money and benefits they have earned so they can share in our City’s rising prosperity.”

Qualifications for EITC
The EITC is a refundable tax credit of special importance to those with children. The benefit amount is dependent upon a person’s income and their number of children. For tax year 2014, you must have earned under $52,427 to qualify.

While San Francisco showcased a median household income of $73,802 in 2012, a Mission Promise Neighborhood survey conducted last year concluded that 76 percent of respondents made under $35,000 per year, with 90 percent making under $50,000 per year. These numbers highlight that many residents of the Mission qualify for the EITC, as 65 percent are below the 2014 United States Health & Human Services Federal Poverty Guidelines.

Of the more than 3,300 tax clients seen over a three-month period in 2014— mid-January to mid-April–30 percent qualified for the EITC. That translates to 968 families, for a total of $1,507,096 returned. At an average of $1,557 each, that is no small sum for lower-income individuals. The EITC transforms lives.

It should be noted that an additional 558 clients would have been eligible for EITC, based off of their income, if they had Social Security Numbers rather than Individual Taxpayer Identification Numbers (ITINs).

MEDA Tax Program Manager Max Moy-Borgen sees the power of the EITC every day as he and his team work with low-income Latinos.

Take Evelyn and Sergio. MEDA tax clients in 2014, they actually received the highest amount allowed by the IRS for 2013 returns: $6,044. This accounted for more than 70 percent of the family’s refund. Sergio works in maintenance, while Evelyn is a stay-at-home mom for their three teenage sons.

To further show the need, the family’s EITC was more than 35 percent of their annual wages.

Explains Moy-Borgen, “ To get that much money in one day really makes a huge difference in a family’s life. They desperately depend on it to make ends meet, as the father is the only one working.  Supporting a wife and three teenagers on less than $20,000 in San Francisco is definitely difficult, but it’s why the EITC exists: to help families like that of Evelyn and Sergio.”

It takes a (Mission) village
Moy-Borgen also knows that MEDA would not have the capacity to undertake such needed community work without support.

First, there are the volunteers for the tax program, which number around 120.

Then there is the vital funding via the Human Services Agency of San Francisco and United Way of the Bay Area.

On the corporate side is Bank of the West, with a branch, on Mission and 24th streets, that serves the neighborhood.

For several years, Bank of the West has offered financial support to MEDA’s free tax program, generously giving back to the low-income Latino community.

“We’re pleased to support MEDA’s 2015 tax preparation program and their outreach to individuals and families who will benefit from the EITC. This year, millions of workers will qualify for the first time. This important tax credit gives consumers the leg-up to pay down debt, increase personal savings or invest in a future goal. Through Bank-supported VITA sites, we’ll also encourage individuals and families to get the financial information they need so they can work toward a secure future,” says Jenny Flores, head of Community Affairs for Bank of the West.

Conclusion
The nation and state have seen the benefit to residents via the EITC. With the community support in place, MEDA will continue to harness the power of the EITC for low-income Bay Area clients, who can see their lives transformed in half an hour–with a free tax appointment.