On November 17th, the San Francisco Board of Supervisors voted to approve a proposal to fundamentally change how affordable housing will be made available to its low-income residents. The policy would create a so-called “neighborhood preference,” reserving 40 percent of future affordable housing for residents of the supervisorial district in which the units are built.

As the media have noted, the Mission Economic Development Agency (MEDA) and Chinatown Community Development Center (CCDC) have expressed concerns about the proposal’s impact on the Mission, Chinatown and other neighborhoods; unfortunately, those concerns regarding the policy have been erroneously characterized as being “divisive” or “disrespectful” of the leadership of the African American community. We write to address some of those allegations and to set the record straight.

Why does the “neighborhood preference” legislation need to be revised?
MEDA and CCDC support a neighborhood-preferences policy that reverses the decline in the population of African Americans, stops the displacement of Latinos (particularly from the Mission) and assures fairness for other disadvantaged communities.

We believe that the present policy fails to accomplish each of these goals and needs to be revised to address the following weaknesses: 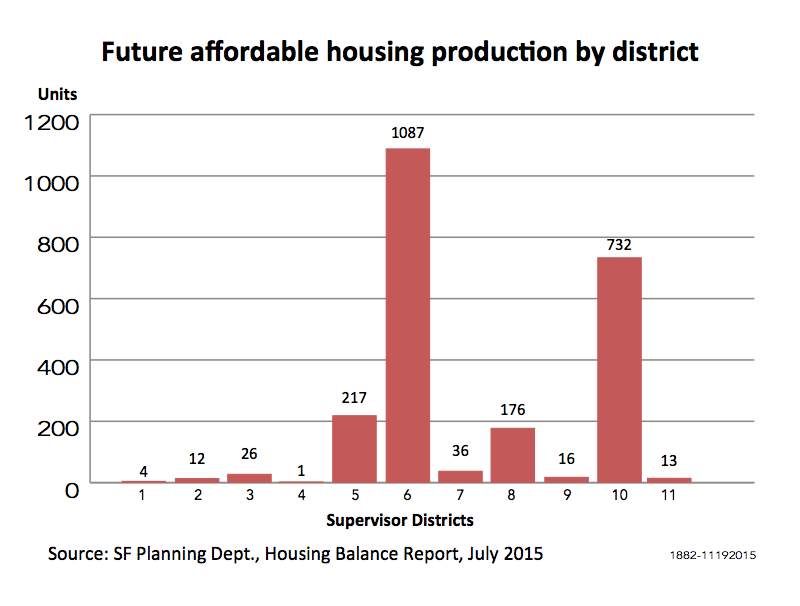 We will continue to work for an inclusive vision for affordable housing.
This legislation was originally introduced in June by Mayor Lee and Supervisor Christensen, with the explicit claim that the proposed policy was designed to serve all disadvantaged neighborhoods, including the Mission and Chinatown. We earnestly proceeded to comment on the legislation with that initial understanding. It was not until the last several weeks that the public framing of the proposal was revised by its sponsors to focus on the needs of the African American community.

Even before the revised public framing of the legislation, MEDA and CCDC explicitly supported the adoption of a policy that particularly addressed the need of African American applicants for affordable housing.  We believed that such a policy could be crafted to include addressing displacement from the Mission, Chinatown, and other neighborhoods. Subsequently, on November 2nd, we jointly reached out to Supervisor Malia Cohen and other supervisors, stating our support for such an inclusive policy and asking for a continuance in order to have a joint discussion with all communities to work out a common position on the preference policy. That request was rejected.

Despite the rejection of our request for a shared process and the vote on this past Tuesday, we will continue to seek opportunities to create a housing-preference policy that would work for all communities. We celebrate the fact that advocates from the Western Addition and the Bayview gained a policy they support, but this celebration is bittersweet given its adverse impacts on others. In our view, those adverse impacts are avoidable and the policy should be revised to also address the needs of other communities facing displacement.

At the hearing on Tuesday, Supervisor Eric Mar called for a “multi-racial justice” framework for addressing our City’s housing needs. That is the policy framework for which we will continue to strive.

Rooted in the Mission and focused on San Francisco, MEDA’s mission is to strengthen low- and moderate-income Latino families by promoting economic equity and social justice through asset building and community development.  www.medasf.org