As the gloomy fog lifts to let the sun’s glow bathe the bustling streets of San Francisco’s Mission District, the corner of South Van Ness and 22nd is looking particularly bright this morning. After sitting vacant for a decade and a half, a dilapidated Mission District edifice now has a tenant open for business. The challenge for Steve Fox and his co-founders was how to create a family-friendly, relatively affordable venture that fit in with the neighborhood and could meet the needs of this diverse community. That’s where MEDA stepped in to offer assistance, helping spring a former mortuary into new life.

What exactly is this business with the intriguing name of Urban Putt? It’s San Francisco’s first and only indoor miniature golf course, replete with 14 holes of golf, tasty cuisine and two full bars.

There were initial community concerns about this business idea, with locals expressing fear of the ”Disneyfication” of the Mission. Residents were worried that the neighborhood was quickly becoming an entertainment destination showcasing an imbalance of bars and restaurants, which in turn meant fewer options for the families that have long called the neighborhood home. Valencia Street, where a high-end restaurant seems to open every week, was pointed to as an example of what could happen to the entire Mission.

MEDA worked with Urban Putt to make sure Mission District residents’ concerns were addressed. The first step in the right direction occurred when Urban Putt came to MEDA to hire some of the latter’s Workforce Development clients.

Chris Tugwell, MEDA’s Workforce Manager, sums up what occurred: “MEDA’s Workforce Development staff held pre-screening interviews, got together the needed applications and engaged in one-on-one job coaching. Urban Putt will be hiring up to 15 MEDA clients when all is said and done! We appreciate Urban Putt giving back to the community.” 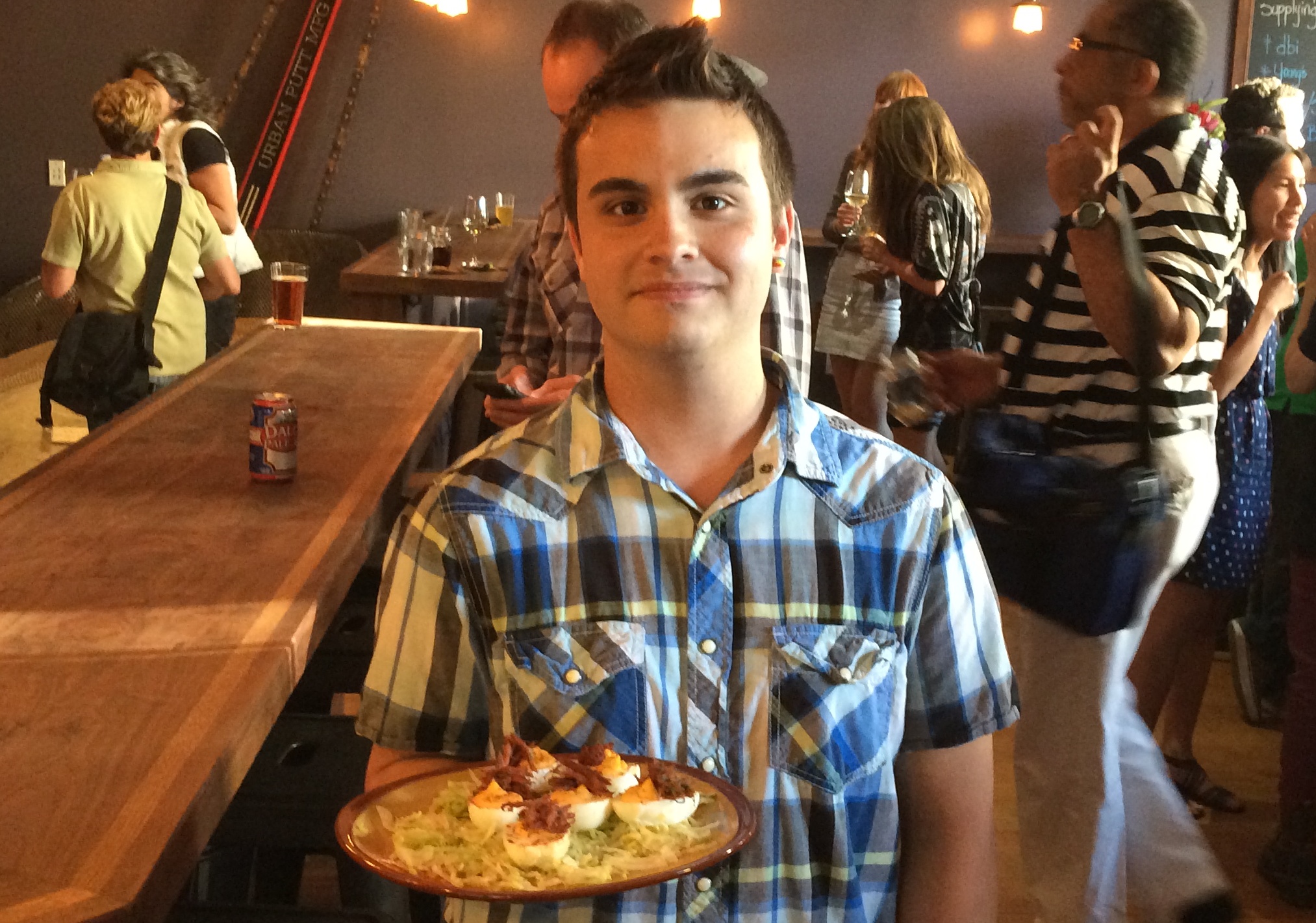 Jason Carrasco exhibits MEDA’s Workforce Development Department in action. The graduate of the Treasure Island Job Corps Advanced Culinary Program came to MEDA’s Job Developer Orrian Willis. First up was honing Carrasco’s resume. Then it was a session focusing on interviewing tips. The result? The well-prepared MEDA client was hired on the spot. Carrasco now plans to get his B.A.; the flexible hours at Urban Putt will allow him time for studies.

MEDA’s Policy Manager Gabriel Medina was pleased with how open Urban Putt was to working with the community. Medina expounds, “Urban Putt provides a model for new business development in the Mission District. Their business model is in sync with MEDA’s Mission & Vision. They committed to keeping greens fees low, like the cost of a movie, so that financially challenged families could also enjoy some entertainment. There will be donations of golf tickets to numerous worthy causes. Plus, youths and families will be welcomed at all times, not just afternoons and weekends.” 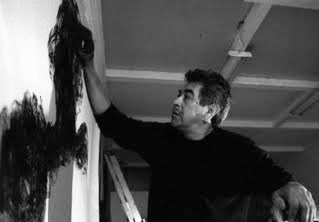 Urban Putt even commissioned renowned Latino artist John Ramirez to paint a Dia de los Muertos mural for one of the 14 holes. Ramirez, a Mission resident for four decades, has painted numerous murals on the community’s walls over the years. Ramirez’ new indoor masterpiece at Urban Putt is a nod to this former mortuary’s past and to the Mission itself, golf balls rolling up skeleton spines and around low-riders.

When asked to explain his vision for Urban Putt, “Chief Groundskeeper” Steve Fox points around his menagerie of fun and says, “I wanted to transform the suburban mini-golf experience into an urban experience. That was done using mechanisms and technology to create golf holes that are like kinetic sculptures. Urban Putt is my vision come to life. I wanted a place in which everyone in the neighborhood felt comfortable. Our relationship with MEDA definitely helped in that regard.”

Stop by Urban Putt, a place where less green will need to be spent on the greens. A business is now poised to succeed–for its founders and the Mission. MEDA is happy to have played a role in fostering a business model that works for all community members. 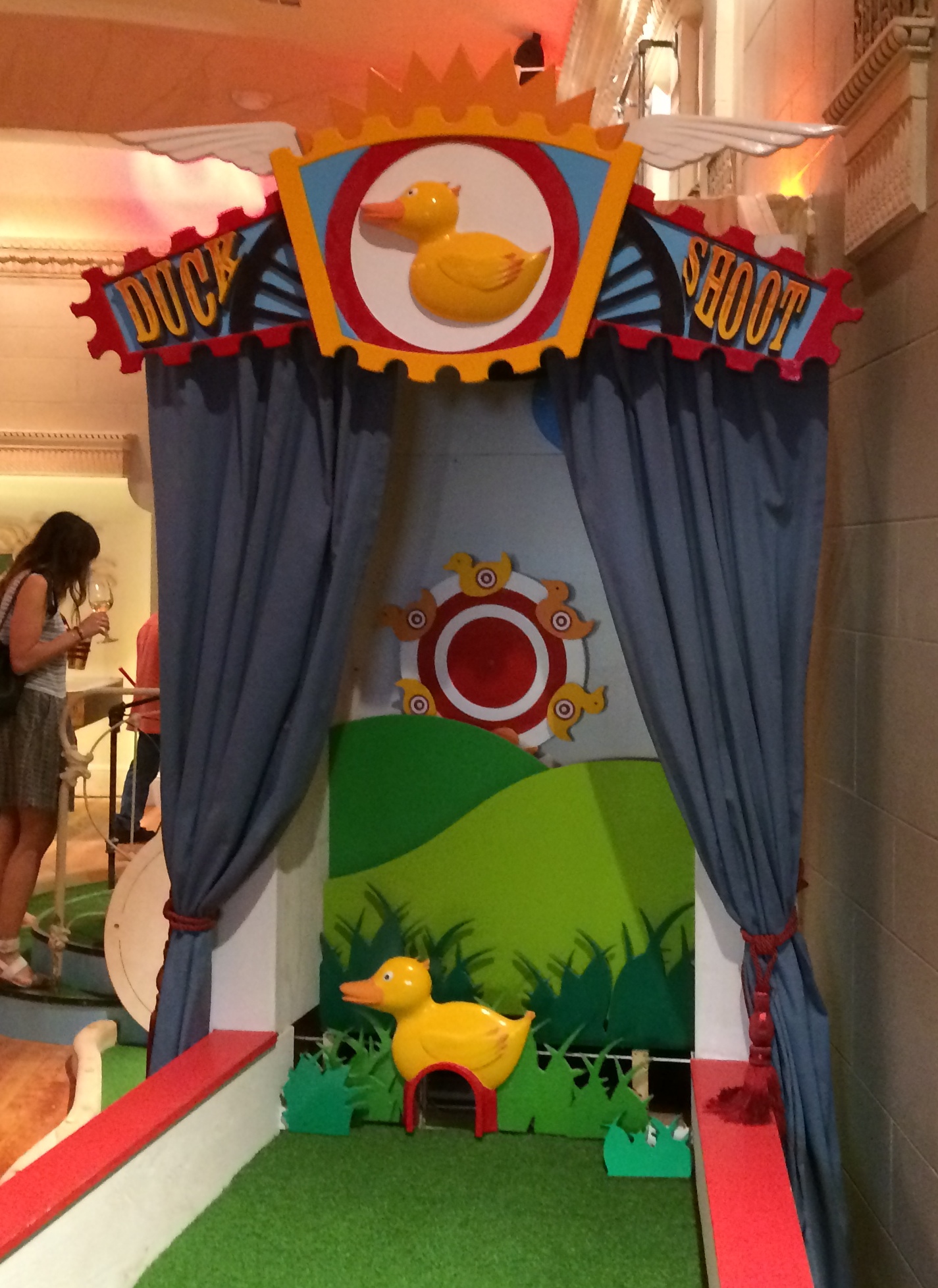