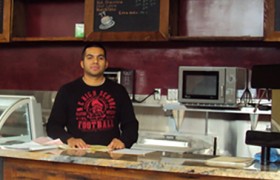 The journey
It’s a long journey from growing up with limited opportunities in an impoverished, small town in Mexico to opening your own restaurant in the trendy, foodie-filled Bay Area.

That’s the inspiring story of Victor Caicero, an immigrant who came to the United States with a dream that is now a reality for this entrepreneur twice over—a dream that came to fruition with the assistance of the Business Development team at MEDA.

What was that dream? To open a coffeehouse, true to the roots of his homeland, and later launch a second such business with the addition of a restaurant.

“I have always had a love of coffee. It holds a very special place in my heart, since my hometown of Cordoba in the state of Veracruz is a coffee-growing region,” states a proud Victor.

At the age of nine—a time normally reserved for innocent hours of play–Victor was compelled to work to support his family. The industrious young man later dropped out of school to head to the bustling capital of Mexico City, seeking a higher-paying job to better aid his family; however, the obstacle of a low education level meant options were few and far between.

Knowing opportunities were possibly awaiting north of the border, Victor headed to North Carolina, where he thought he would find a better future–only to be exploited by unfair employers.

“I remember the first time I got paid $120. It seemed like an immense fortune to me.  I had never had so much money in my life!” says Victor.

Victor later headed to the West Coast, where he found work at a coffee shop in San Francisco, starting as a busboy and eventually becoming the manager.

Victor also lived frugally and saved his money. While his business knowledge and bank account grew over six years, the budding entrepreneur still needed help to start his own small venture.

Then it was Business Development Coach Sabrina Haman’s turn to put her microbusiness acumen into play. Via one-on-one coaching with Victor, the MEDA client first learned personal financial capability (the thread that runs through the nonprofit’s service-integration model). This was followed by an education in commercial-lease assistance, garnering permits, licensing, loan packaging, bookkeeping and taxes.

Haman also connected her client to a trio of community nonprofit organizations that could help Victor raise needed capital.

Haman explains her strategy as follows: “Almost all of MEDA’s Business Development clients are in dire need of money to start or refurbish their small business. While MEDA will be starting its own lending agency, the Mission Community Loan Fund, next January, we currently enlist vital community partners to help our clients gain access to capital.”

In Victor’s case, these connections were Kiva, Legal Services for Entrepreneurs and the Opportunity Fund. 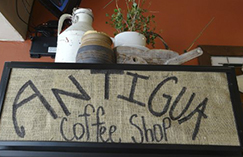 With this initial foray into the restaurant world, Victor is creating jobs, thereby providing opportunity to other families. It’s called paying it forward.

Concludes Victor, “With this new project, I hope to provide a better and more stable life for my new family in the U.S., and my family back in Mexico. I also look to create opportunities for other people who are coming to this country looking for a better life. The journey may be long and difficult, but, with sacrifice and dedication, eventually everything comes together.”